We enjoyed an engaging discussion with John Mitchell, Ph.D., a principal at M & H Economic Consultants and former U.S. Bancorp Chief Economist. John is a charismatic and well-versed speaker, captivating the room with his unique style of presentation. He has been making economic presentations on the nation and the region for more than 40 years. We were happy to have him back again this year! 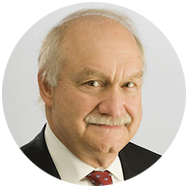 John Mitchell received his Ph.D. from the University of Oregon and was a Professor of Economics at Boise State University for 13 years before joining U.S. Bancorp where he was Chief Economist / Western Region Economist until 2007. John was a member of the Western Blue Chip Forecast Panel, a Trustee of Aquila Tax-Free Trust of Oregon and a board member of Oregon Mutual Insurance Company, Western Capital Corporation and Northwest Bank.